Everything you want to know about the Iraqi Election 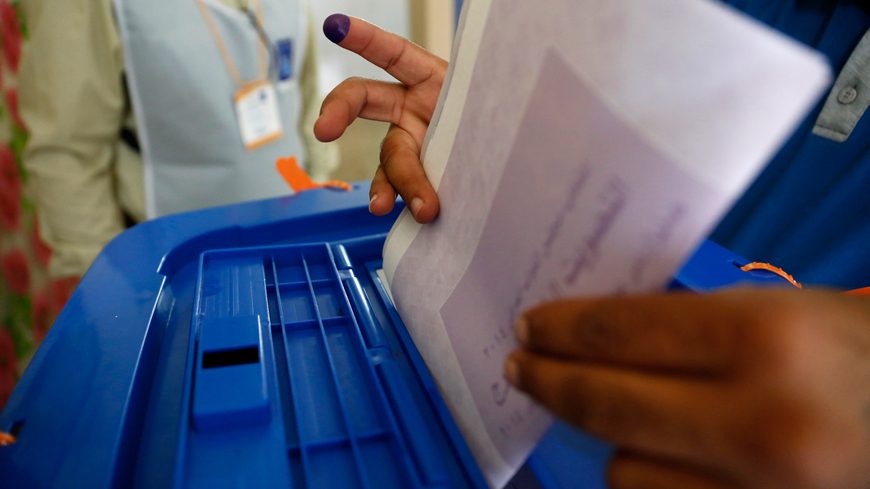 When and where will the elections be held?

They are scheduled for 10 October 2021 across all of Iraq.

What is the legal framework?
The elections are governed by Elections Law No. 9 of 2020 of the Iraqi Council of Representatives. According to this Law, the Council of Representatives is comprised of 329 seats. 320 of those are distributed among the governorates within 83 constituencies, which have been defined under the new electoral system. The remaining 9 seats are reserved for minorities called component seats:

How will women be represented?
According to the Constitution, 25% of all seats in the Council of Representatives are reserved for women. And one seat in each of the 83 constituencies is set aside for female candidates. These are just minimums. More female candidates can be elected.

How many electoral constituencies are there across the country?
Currently, there are 83.

What is the electoral system in Iraq?
Iraq uses the “Single Non-Transferable Vote” system, which is a plurality electoral system based on multi-seat electoral constituencies. Each voter casts one vote for one candidate. But every constituency has more than one seat. Candidates who get the most votes win seats.
Who qualifies to vote?
An eligible voter must be an Iraqi citizen, legally competent, at least 18 years old in the year in which the elections are held, and registered in the registry of voters. No voting by proxy is permitted.

What are the eligibility criteria for candidates?
A candidate must:

What is the process for nominating, vetting, and certifying candidates?
Independent candidates and candidates endorsed by political parties and coalitions had the opportunity to submit their nomination papers until 1 May 2021. IHEC received more than 3,500 nominations by that deadline. IHEC sent the candidates’ documentation to the Ministries of Education, Interior, and Higher Education and Scientific Research, as well as the Accountability and Justice Commission, so they could vet the candidates within 15 days.

How many candidates are running?
IHEC’s Board of Commissioners approved the final list of 3,249 candidates, out of which 951 are women (29% of the total).

When does the electoral campaign start and end?
IHEC has announced that the official campaign period will last from 8 July to 7 October 2021. Campaign activities must end 24 hours before the opening of polls. IHEC is responsible for monitoring the compliance of candidates, political parties, and coalitions, with IHEC regulations on electoral campaigning.

Can voters still register to vote in the 10 October 2021 election?
Registration is an ongoing process in Iraq. However, there was a deadline for registrants who wanted to vote in the forthcoming election. That deadline was on 15 April 2021. Currently, those already registered biometrically are collecting their printed biometric voter cards from the voter registration centers.

Which documents will a voter need on election day to be able to vote?
The voter, whose name is included in the voters’ list, must present (a) their biometric voter card, or (b) their electronic voter card in addition to two of the three main identification cards, i.e. the Iraqi national ID (“Jensiyah”), the national unified ID, or the Iraqi citizenship certificate.

What is the difference between electronic and biometric voter cards?
The electronic voter cards are the older ones issued by IHEC that include the voter’s data (full name, voter number, year of birth, family number, registration center number, name, and several polling stations). They each have an embedded chip, which contains biographic data only. They will be accepted on election day for voter identification but must be coupled with two personal identification documents.

The biometric voter cards are issued by IHEC to all Iraqis eligible to participate in the elections. They include voter data (full name, voter number, year of birth, family number, registration center number, name, and several polling stations) in addition to 10 fingerprints and a photograph. The biometric voter cards have an embedded chip that contains the voter’s biometric data, in addition to the biographic data. They will be used on election day and will allow the voter to vote after being recognized by an electronic verification device.

Upon completing the online process, the applicant prints the form and receipt and then signs and submits the form and required documents. The sub-committee at the GEO reviews the forms, seals them with the subcommittee stamp, and approves them through a QR reader. (The application form contains a special QR code for each applicant.) The acceptance or rejection of an application will be indicated on the form. In case of rejection, the reason will be provided and recorded on the server.

What is the process for casting ballots?
The following are the key steps:

How will the ballots be counted?
• In all polling stations, ballots are counted electronically by the PCOS machine as the ballot papers are inserted into the machine.
• One polling station out of each polling center will be randomly selected for manual counting.
• If the difference between the manual and electronic count results in a difference of more than 5%, all polling station results in that polling center will also be counted manually, and the manual count will prevail.

When will polling centers be set up?
All polling officials are to be present at their respective polling centers at the agreed times with the Polling Centre Coordinators and Polling Station Managers on the day before election day. They will assist in the implementation of the station’s planning and design process. The design of the polling station should allow for the movement of voters from the entrance to the identification officer, the issuer of ballot papers, voting platforms, and ballot boxes.

How many poll workers will work on election day?
About 300,000 polling staff will be working on election day or standby as contingency polling staff. Each polling center is managed and operated by a team of 5 staff, and each polling station is equally managed and operated by a team of 5 staff. Each center is managed by a Polling Centre Coordinator and assisted by two Queue Observers (male and female) and Inspectors (male and female). Each polling station has a Polling Station Manager, Queue Manager, Identification Officer, Ballot Issuer, and Ballot Box Monitor.

What procurement activities are planned?
The electoral process involves the procurement of various goods and services to support all the eligibility requirements. Specific critical activities include the procurement of ballot papers, election results, and reconciliation forms, election technology, software to support the technology, and transportation services to transport the materials from the supplying country to the polling centers and to then carry these materials to the governorates after election day, for appropriate and secure warehousing of the electoral materials.

Who undertakes the procurement of electoral goods and services for the elections?
IHEC’s Procurement Department is responsible for carrying out all the relevant international and local procurement activities to support the electoral process. The procurement process is based on Iraq’s procurement legislation.