Launching the National Strategy of Diversity Protection from Ur 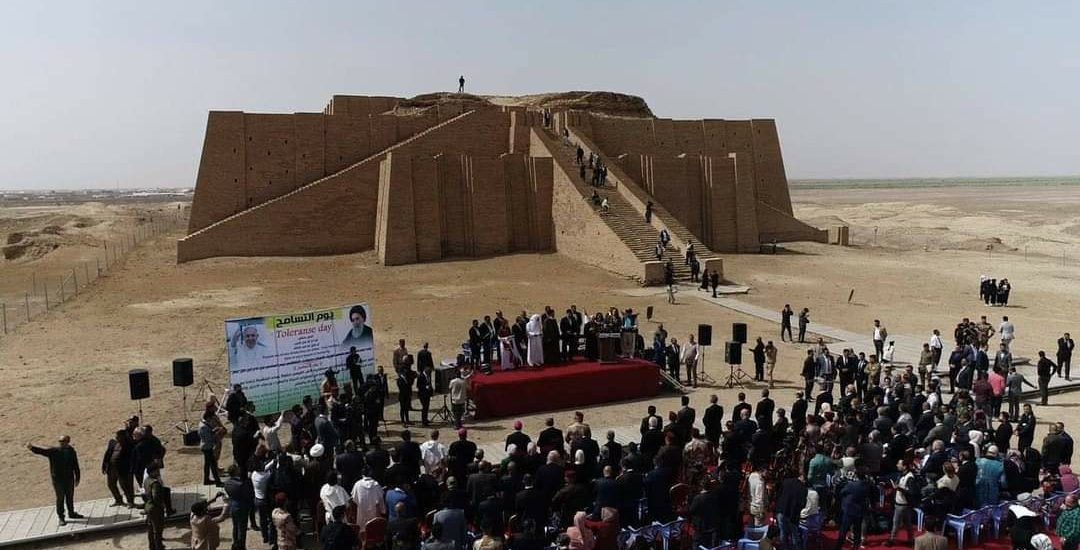 The choice of the day was a celebration of the visit of His Holiness Pope Francis to Iraq. The day included a visit to Ur and its ziggurat, the celebration of the day there, a visit to the Holy Najaf Governorate, and a visit to the holy sites there.
the National Strategy of Diversity Protection is part of the work of the National Security Advisory in Iraq in cooperation with other official institutions, with the membership of Ufuq Organization as a representative of Iraqi civil society, and with the membership of representatives of other ethnic, religious and cultural components.

The strategy aims to reach the best possible official policy to preserve the cultural and constituent balance in Iraq, through legal legislation, and other procedures, by a fruitful dialogue led by members of the strategy preparation team.