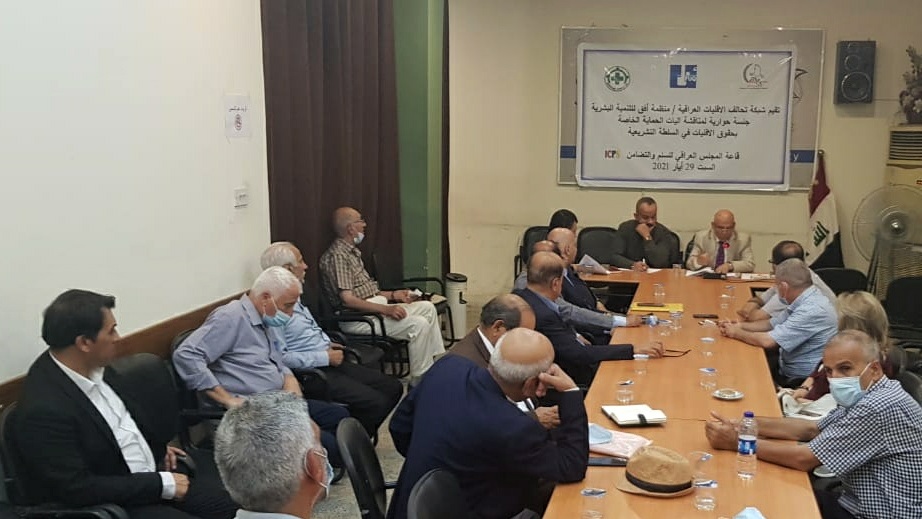 Ufuq Organization for Human Development, in cooperation with the Alliance of Iraqi Minorities, held a dialogue session to discuss protection mechanisms for minority rights in Iraqi Parliament.
The session was attended by many representatives of Iraqi minorities, activists, and those interested in this regard.
During which the legal advisor, Mr. Ali Omar, presented his paper in which he explained the legal mechanisms for the protection of minorities, explaining the constitutional and legal mechanisms, in addition to the international mechanisms.
The legal advisor, Mr. Abbas Al-Sharifi, presented a paper, in which he explained the structure within the Iraqi parliament, and the extent to which this structure is effective in protecting Iraqi minorities.
The attendees also reviewed, through their interventions, some proposals and visions, which we seek to mature and work to achieve optimally in the future.