Ufuq Organization and the Curriculum Directorate, continuous work to reform the curriculum in Iraq

As part of the work of the Alliance of Iraqi Minorities, Ufuq organized a dialogue session in the presence of, and in partnership with the General Directorate of Curricula at the Ministry of Education, to complete the continuous joint work to reform the curricula, and adding the concepts of diversity and introduce the Iraqi minorities within the Education system.
Dr. Israa Talib Al-Ani, Assistant Director-General of the Curricula Directorate, and the specialized team in the Directorate: Dr. Hadeel Abdel-Wahab, Head of the Social Sciences Curricula Division, and Dr. Karim Abdel-Hussein, Head of the Religious Education Curricula Division, presented their statistical report in which they explained the progress made by the Directorate on the topic Awareness of Iraqi minorities culture, and the Iraqi cultural diversity.
The study conducted by the Ufuq Organization and the Alliance of the Iraqi Minorities was discussed. The study was conducted to review Islamic education curricula and social studies, from the perspective of protecting diversity.
The session was attended by representatives of minorities, academics, and those concerned with educational specialization and the protection of diversity from various official Iraqi institutions, and human rights activists.
They presented their interventions and observations in the aforementioned reports and study, and several points related to the topic of the session were discussed. 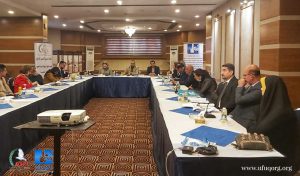 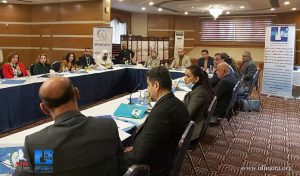 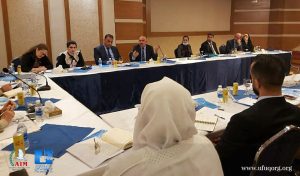